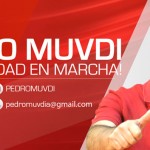 Authorities in northern Colombia on Thursday arrested a congressman on suspicion of having ties to now-defunct paramilitary group AUC. The detained politician is one of more than 140 sitting and former national lawmakers under criminal investigation.

Former Senator and sitting House Representative Pedro Muvdi (Liberal Party) has been accused by a number of former members of the AUC’s Northern Bloc of having had ties to a mid-level commander.

Muvdi had already announced his ambition to run for the Senate in Colombia’s congressional elections in March.

However, according to prosecutors of the Prosecutor General’s Office, the politician belongs not in the senate, but in jail to respond to conspiracy charges.

Muvdi was arrested in his hometown Valledupar, the capital of the northern Cesar state, as he was leaving a local radio station where he had given an interview.

Local Liberal Party executive Manuel Trillos told local newspaper El Pais Vallenato that “we believe in the innocence of Congressman Pedro Muvdi.” The political leader said the arrest was “without a doubt a political attack of those who are not able to defeat him in the polls,” stressing that the arrest came some 40 days before the elections.

The arrest of the House representative is not the first in the coal-rich state; Three of the department’s former governors have been arrested over the years on suspicion of having used paramilitary support to secure their electoral successes.

Since 2006, when the first national politicians were arrested over “parapolitics,” 45 congressmen have been sentenced to prison sentences.