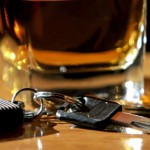 “The penalties will increase,” Santos said, “for example, in the case of murder for driving under influence of alcohol, the penalty will increase by two-thirds, and can reach up to 18 years in prison.”

Santos said that the law came after “a project to address this problem had been presented more than 10 times but all sank because of lack of consensus and compromise but finally congress approved it.”

The new law will reinforce the illicit act of driving under the influence by increasing the fines and reinforcing stricter penalties.

Additionally, Santos said, “that if a driver is caught driving in that state for the second time, you must pay 15% of the market value of the vehicle driving.”

The President also instructed the Transport Ministry and National Police to apply the law this weekend.

“Zero tolerance for mixing alcohol and driving,” he said.

The post New law in place in Colombia to crack down on drunk driving appeared first on Colombia News | Colombia Reports.