‘Neiva is 4th Largest in Buying apparel in Colombia’ 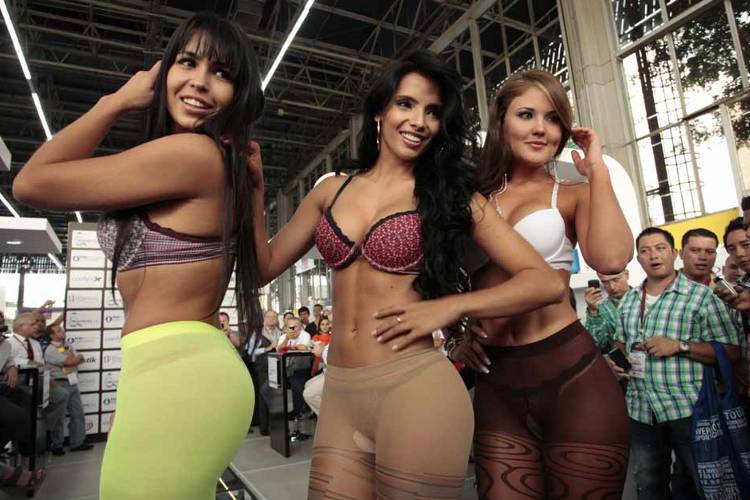 The capital city of Neiva in the Department of Huila, Colombia is the fourth largest in per capita spending on clothing, announced the business and investment analyst of Colombia’s Institute for Export and Fashion of Colombia (INEXMODA), Manuela Gomez Vanegas.
Mr. Gomez said that in August 2013, the apparel consumption in households of Neiva totaled 17 million pesos, whereas nationwide it was 1. 3 billion pesos, and in terms of per capita spending on apparel, the city is at par with Manizales, Pasto and Monteria , the three major cities in Colombia having highest per capita spending on apparel.
The business analyst announced this during his visit to the city for encouraging economic growth and development of the textile sector in Huila, as well as to facilitate business between buyers and investors in the city with big textile firms in the country, reports La Nacion.
According to the analyst, the main objective of the visit is to ensure participation of local apparel and textile entrepreneurs of the city in the next Colombiatex Americas 2014, an event that brings together the most important firms of the industrial textile sector throughout the US.
Mr. Gomez said the idea behind the tour is to reconnect with entrepreneurs in the region and to ensure they participated and gained from business opportunities.
The aim is to make the entrepreneurs understand the business opportunities presented by Colombiatex, scheduled to be held in Medellin, in January 2014, which is the largest exhibition in the country that brings together entrepreneurs of various segments of the textile industry, including raw materials, machinery and everything else needed for production of clothing, he added.
The INEXMODA business analyst said Neiva is a city with great potential in the textile sector, as during the past few months the apparel trade in the city has shown great dynamism, with the arrival of new shopping centers and internationally recognized brands, creating more supply in the apparel market.
Meetings are being held with the Chamber of Commerce representatives in Neiva, in order to promote the idea of participating in the event, which is of international stature, he added.
The Colombiatex Americas is scheduled to be held from January 21 to 23 in the city of Medellin, and major manufacturers and suppliers of the textile industry, including industrial textiles/ nonwoven fabrics, interior decorations, finished garments, trademarks, textile machinery production, industrial associations, would be attending the fair.
- paying the bills -
- paying the bills -
- paying the bills -
Share
Facebook
Twitter
Pinterest
WhatsApp
Previous article60% of Medellin’s criminal gangs comprised of minors, between 11 and 17 years old.
Next articleMedellin Kingpin ‘Sebastian’ Extradited to the US