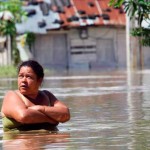 Colombia is not expected to feel the effects of the weather phenomena known as “El Niño” or “La Niña” this year, according to the Director of the country’s Institute of Hydrology, Meteorology, and Environmental Studies (IDEAM).

Omar Franco told a national news outlet that while Colombia will likely be spared the worst of these seasonal abnormalities, the public should still prepare for heavy rains in some regions.

El Niño and La Niña are weather patterns that bring extreme weather events to certain countries along North and South American regions closer to the Pacific.

El Niño is generally responsible for extreme precipitation patterns that lead to flooding on South America’s western coast, while La Niña is the opposite, generally leading to drier than average seasons, and sometimes acute droughts.

El Niño refers to Christ Child because the event is generally realized around Christmas time.

Franco assured the public that Colombia’s climate situation was being constantly monitored and that warnings would be released if any changes were detected.

The post Neither el Niño nor la Niña expected in Colombia for first half of 2014 appeared first on Colombia News | Colombia Reports.