Navarro will not run in Colombia’s 2014 presidential election 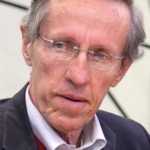 Former rebel and senior leftist politician Antonio Navarro will not take part in Colombia’s presidential elections next year. Instead he will be senate candidate.

The former senator and governor of the southwestern Nariño state will be leading the candidate list for the Green Alliance, a party formed after the fusion of the center Green Party and the leftist Progressives of Bogota Mayor Gustavo Petro.

According to weekly Semana, Navarro announced his decision to thank for the presidential bid after a poll showed he would lose to Peñalosa in the primary.

Navarro began his political career in guerrilla organization M-19. As a member of that collective he took part in the national constituent assembly that formulated Colombia’s 1991 constitution.

He has since ran for present on three occasions, the last of which he failed to win the primary.