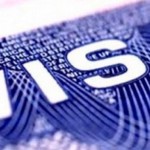 Colombia’s Foreign Ministry told the press Monday that 46,943 visas were granted to foreigners in 2013, who visited the country for tourism, and also temporary residency for work and study.

The greatest number of visa requests came from Venezuelans, accounting for 7,081 of the visa granted, with the majority coming to Colombia on work visas.

“The presence of foreigners in our country is impressive, and it is something that did not happen before,” said foreign Minister Maria Angela Holguin.

According to statistics collected by Colombian Trade Ministry, from January until June, 2013, the country registered a 7.7% increase in tourism compared with the same period during 2012.

The post More than 46,900 visas given to foreigners in Colombia during 2013 appeared first on Colombia News | Colombia Reports.