BOGOTA (Reuters) – More than 11,000 people have been displaced from their homes by fighting between Colombian armed groups so far in 2021 – equivalent to seven people every hour – the country’s human rights ombudsman said on Monday. 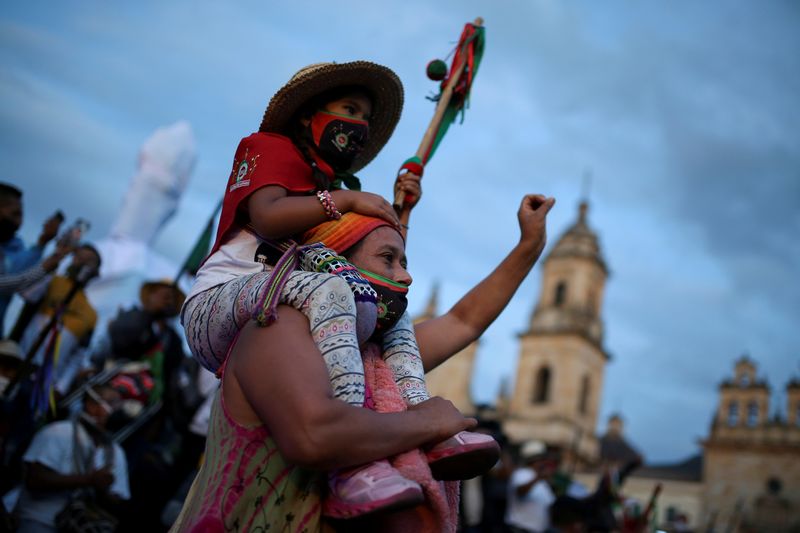 Crime gangs, the leftist National Liberation Army (ELN) guerrillas and former members of the FARC rebels who reject a peace deal fight each other and the armed forces for control of drug trafficking and illegal mining areas, largely in places inhabited by Black and indigenous Colombians.

There were 28,509 people displaced and 90 mass displacement events last year, figures from the ombudsman’s office show.

Forty communities in the Pacific provinces of Choco, Cauca and Narino have this year suffered “confinements” because of territorial disputes between armed groups, the statement said.

The port city of Buenaventura was a hub for urban displacement, as local gangs fought for control of maritime drug trafficking routes to the United States.

“These are events which terrorize the population with targeted homicides, recruitment and use of children and adolescents, threats and in general, practices of population subjugation and control.”

The administration of President Ivan Duque has repeatedly promised to fight the illegal armed groups which it blames for the murders of human rights and community activists and recent mass killings.

The violence has made Duque the target of international criticism for failing to stem the bloodshed.