Money laundering in Colombia: a lucrative $5B business

The Unit of Financial Information and Analysis (UIAF) and the World Bank announced this at an international conference on money laundering held in Cartagena last week.

According to the study, the illegal money laundering industry makes up 2% of Colombia’s entire GDP.

According to UIAF director Luis Edmundo Suarez, criminals like drug traffickers are primarily using widespread and fragmented informal economic activity to launder their profits, making the practice hard to detect or combat. 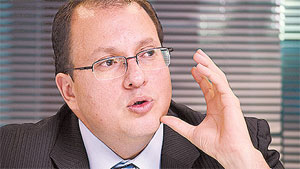 “The fighting of these crimes that put the national stability and development in the country in danger continues to be a challenge that requires the collaboration of all sectors of the economy, and of public and private institutions,” the UIAF chief said.

“We are dealing with an enemy we do not know. This is why we need to educate and inform ourselves better and employ new strategies to fight these changing forms of crime,” said Suarez.

The financial police chief said that investments in technology are key to curb money laundering.

“It is necessary to optimize and improve the use of information, innovation and technology as tools to understand and combat this phenomenon,” said Suarez.

Colombia’s banking association Asobancaria told Blu Radio that the UIAF and World Bank’s estimate is conservative and money laundering could generate as much as 20 trillion pesos ($7 billion), or 3% of Colombia’s GDP annually.

The post Money laundering in Colombia: a lucrative $5B business appeared first on .