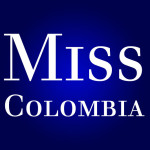 The Miss Colombia beauty pageant, one of the most important annual events in the South American country, is less than a month away. Time to pick favorites.

Over the past year, the different states have picked their representatives for the national beauty pageant that will be held in the Caribbean city of Cartagena on November 11.

In a series of five, Colombia Reports is introducing the candidates.

The state of Bolivar is the luckiest state of all when it comes to Miss Colombia and is represented by two beauties. It’s capital, Cartagena, is the only city allowed to take part in the national beauty pageant because it is the traditional host of the event. The city’s honor was this year granted to Juliana Dahl, a 20-year-old business administration student. She was involuntarily registered as candidate by her mother.

Geraldine Alvarez is a 22-year-old Industrial Production student with experience. When she was 19 she won the National Tourism Pageant. The beauty queen was actually hoping to become the more prestigious Miss Cartagena, but came in second.

Maria Juliana Silva is a 22-year old Business Administration student from the southern Huila state. According to herself, she wasn’t exactly born to become a beauty queen as she did not know how to walk on high heels until after she registered to become the most beautiful woman from her state.