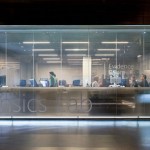 Microsoft is opening an anti-cyber crime office in Colombia to work with authorities to help secure computers and information networks as part of Latin America’s fight against cyber crime.

“From a technical point of view it will not only protect consumers and products,” said Rengifo. “We believe that information security cannot be solved by a single company, and that it needs to work with authorities, industries and furthermore governments.”

According to a Microsoft Press release, 50 percent of online adults are victims of cyber crime at some point, including around 20 percent of small and medium sized businesses, at a $500 billion to the global economy.