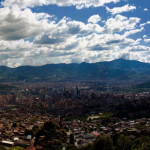 The Sinaloa Cartel, one of the most powerful criminal organizations in the Americas, is reportedly looking to make new contacts in Colombia’s second largest city, Medellin, for cocaine supplies.

The cartel, often described as the biggest drug-trafficking organization in the Western hemisphere, has set its sights on once again making Medellin an ally for its cocaine supply by brokering deals with emerging gangs in the city, reported Mexican magazine Proceso.

The historic links between the Mexican underworld and the second largest city in Colombia have supposedly dwindled in recent years.

As a result of the iron fist with which the nation’s security forces have attempted to instill order in what was once one of the most feared metropolises in the world, the cocaine supply to the Central American country has suffered, though it is possible that it will now regain its past vigor.

“Mexican cartels no longer have, since not long ago, a head with which to negotiate in Medellin,” Jose David Garzon of Medellin’s Metropolitan Police tells Proceso. “There has been a loss of cohesion in organized crime due to the blows that we have dealt and because of the capturing of the leaders that were controlling business. We believe that the Sinaloa cartel is looking for contacts and business relations that will allow them to increase supplies.”

The arrest of the head of urban Medellin’s leading criminal organization, the Oficina de Envigado’s Ericson Vargas Cardona, alias “Sebastian,” may have been the hardest-hitting consequence of this crack down for Mexican drug-trafficking organizations, as they lost their primary contact in the area.

With the loss of important figures such as these, a power vacuum in Colombia’s drug scene caused a nationwide, casualty-heavy drug war, primarily between the Antioquia State- based drug-trafficking group the Urabeños and the Cauca Valley State-based group the Rastrojos. Whilst the big dogs were busy tearing each other apart, local organizations began to gain increasing independence and participation in both street-level and international-level drug trade.

Now, sources in Colombia’s National Police (PNC) have told Proceso that the cartel has already sent representatives to Medellin to rebuild fallen bridges precisely by establishing contact with these recently surfacing groups, to which they give arms and money in exchange for drugs.

“Through emerging criminal organizations, the Sinaloa cartel is looking to secure the cocaine supplies that have plummeted, especially in Medellin and the Antioquia State because of the fragmentation of the Oficina [de Envigado],” an anonymous PNC intelligence  analyst told Proceso.

The PNC furthermore stated that over 100 rifles found in Medellin could be traced back to the Sinaloa cartel, many of which were being used by the Oficina de Envigado.

“In Medellin we found many Five-seven pistols coming from the Sinaloa cartel, and which were being used by the Oficina de Envigado’s hit-men and the leaders of the city’s main combos (pandillas),” the general of the PNC, Luis Eduardo Martinez, told Proceso.

With the leader of the Mexican cartel, Joaquin “El Chapo” Guzman, seemingly want to put his finger in every pie, it is perhaps unsurprising that the group has chosen to return to one of South America’s cocaine capitals — a key strategic location with a fast-growing economy, the drug highway to the Caribbean, and at the center of rural cocoa plantations and processing plants.

Mexico’s drug cartels began their rapid rise to power following the decapitation of Colombia’s main criminal organizations in the 1990s. They now rule parts of the illegal drug market, with the US State Department estimating that in 2007, 90% of the cocaine entering the US passed through Mexico.