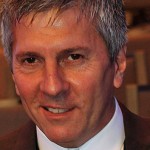 Spanish newspaper El Mundo reported that authorities are investigating a Colombian company that organizes charity concerts and sporting events in Spain, the US and Latin America — such as the all-star “Messi and Friends” soccer matches.

The father of the Argentine captain is suspected to be the contact for the implicated gangs, whilst earning up to 20% commission by assuring his son’s participation in matches.

Although initial allegations placed Jorge Messi at the “epicenter” of the money laundering scheme — named Operation Firmament — news website Europa Press report that their sources in the Spanish police do not believe in his involvement in the “Messi and Friends” facade.

Apparently, Jorge Messi was unaware that the charity events fronted by his son were actually being used as smokescreens for drug trafficking networks, with his only role being to represent the football player in his match appearances.

The method used by the drug criminals is supposedly the falsification of so-called “Line 0” seat sales — a charitable scheme in which people buy empty tickets to an event in order to donate money — because it is not possible to verify the actual amount of “tickets” sold.

Whilst the investigation is still in its early stages, FC Barcelona soccer players Lionel Messi, Daniel Alves, Jose Manuel Pinto and Javier Mascherano have all already been interrogated. The international implications of the case mean that it is likely to end up in the Spanish national court.

This is not unfamiliar territory for Messi senior and junior, both of whom only recently appeared in a Catalan court to respond to charges of tax evasion on the sale of the player’s image rights.