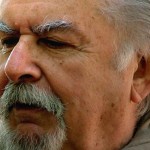 The Museum of Antioquia will restore 27 sculptures of the internationally renowned artist and native Fernando Botero, informed the museum in Medellin on Wednesday.

Each sculpture will be covered up for 3-5 days during the procedure which will be applied to the 27 pieces of which 23 are in the Plaza Botero, three in Parque San Antonio and one in Parque Berrio, all in located in Medellin’s downtown area.

“The restoration process begins with an initial wash using mild soap. Then the patina – the sculpture’s protective layer – will be removed using soft sandpaper to prepare the bronze. Finally a new patina will be added finishing with a new layer of wax which will protect the sculpture,” said Maria Adelaida Bohorquez of the Museum of Antioquia who is leading the restoration team.

The sculptures were donated to Medellin by Botero in 2004, making the Museum of Antioquia’s collection the largest of permanently exposed Botero work anywhere.