Medellin named one of the world’s most resilient cities 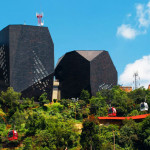 Medellin, Colombia’s second largest city, was named one of 33 of the world’s most resilient cities by the Rockefeller Foundation on Tuesday.

The city was chosen from 400 urban centers that vied to become part of the 100 Resilient Cities Network.

In applying for the 100 Resilient Cities Challenge, cities were required to submit their visions, needs and plans to build “resilience” in a way that connects government, the private sector and civil society – and specifically addresses the needs of their poor and vulnerable citizens.

The cities were selected upon the recommendation of a global panel of judges, including former presidents Bill Clinton and Olusegun Obasanjo of Nigeria.

As part of the Resilient Cities Network, Medellin will receive support in hiring a “Chief Resilience Office” that will be put in charge of creating the municipal resilience strategy. Additionally, the Rockefeller Center provides tools, technical support and resources for applying a comprehensive resilience plan.

Medellin, once home to the feared cartel of slain drug lord Pablo Escobar and since a key hub for drug trafficking organizations, has been praised extensively for the its social investment programs of the past 10 years that resulted in an innovative and expanding public transport network to the city’s impoverished north.

The post Medellin named one of the world’s most resilient cities appeared first on Colombia News | Colombia Reports.