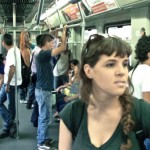 The metro system in Medellin, Colombia’s second largest city,  is planning to install a free wireless internet service for its customers next year, according to local media.

The operating company of the metro system (Sitva) announced that it will install a free wireless internet service for its users in the metropolitan area of Medellin; first tests are planned for beginning of 2014, according to El Tiempo newspaper.

“There are only six metro systems in the world that have this service and Medellin will be the 7th to have a free wireless internet service, which will improve the service quality for our users,” a Sitva representative was quoted saying by El Tiempo.

According to the newspaper, the free wireless internet service will be provided in the metro, bus rapid transit lines and in the integrated cable cart system which was introduced in 2007 to connect the populated slums located on the city’s steep hills in the west and northeast.

Details of the project, like which provider company should be contracted, will be worked out in a discussion group including several IT companies, city and department representatives and the metro’s operating company.

“We want to encourage the people to use Medellin’s integrated transport system. The service will be free, so no extra costs will be generated on the ticket,” a Sitva representative told El Tiempo.

Medellin is the only city in Colombia with a metro system. The first above-ground metro line was inaugurated in 1995 after which the city’s public transport system was expanded with a second line, cable cart lines and a bus rapid transit line.