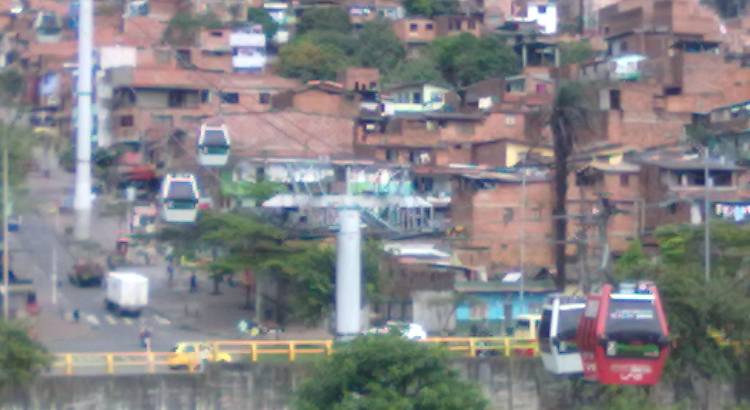 Homicides in Medellin, Colombia were down over 60 percent in October compared to the same month last year, a decrease likely linked to a pax mafiosa struck between the city’s two most powerful criminal organizations.

In October 2013, Medellin recorded 44 murders, representing a 63 percent decrease compared to the 121 murders recorded in October 2012, reported El Tiempo. The killings took the total number of murders in Medellin this year to 798, putting the city on track to end the year significantly below the 2012 total of 1,247.

Officials credited the favorable statistics to greater investment in security and coordination between police and the municipal government. However, the Popular Training Institute (IPC), a Medellin-based NGO, attributed the decrease in violence to the recent truce between Medellin’s two major criminal groups, the Oficina de Envigado and the Urabeños.

IPC director Diego Herrera noted that although murders have decreased, this drop has corresponded with a rise in disappearances. IPC also noted that criminal activities such as micro-trafficking and forced displacement have not decreased.

The Oficina de Envigado, a criminal offshoot of Pablo Escobar’s Medellin Cartel, and the narco-paramilitaries of the Urabeños had been locked into a violent dispute for control of Medellin, which exploded after the 2012 capture of Erickson Vargas Cardenas, alias “Sebastian” — an arrest that left the Oficina fractured and their grip on the city sorely weakened.

However, the widespread violence that followed was bad for business, so the mafia’s white collar backers — members of the city’s social and economic elites that operate in both legal and illegal business — stepped in to broker a truce. The two sides agreed to end the war and instead cooperate, capitalizing on their distinct strengths — the Urabeños’ international drug trafficking routes and the Oficina’s control over Medellin criminal networks.

The results so far appear comparable to the El Salvador gang truce brokered between the Mara Salvatrucha (MS-13) and Barrio 18 gangs, which also cut murders drastically but raised questions about rising disappearances, with critics suggesting gangs now hide the bodies after committing murders to keep the peace intact.

However, while the El Salvador truce was facilitated and supported by the government and civil society groups, the Medellin pact is a purely criminal enterprise designed not to bring peace to the city but to divide up its criminal spoils.