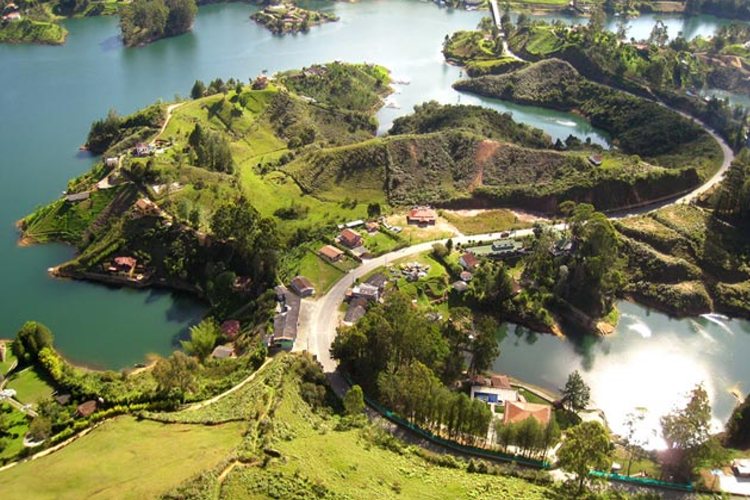 (BusinessWeek) For many people, the name Medellín means one thing: the notorious drug cartel Pablo Escobar operated out of the Colombian city in the 1970s and ’80s.

Today, though, Medellín is gaining a reputation as a pleasant, affordable place to retire. A new ranking lists the city as one of the top four overseas retirement locales for Americans. The other three: Cuenca, Ecuador; George Town, Malaysia; and Coronado, Panama.

“Medellín is the unsung hero of the overseas retirement world,” says Kathleen Peddicord, who runs a foreign-retirement advisory company, which prepared the ranking. “It’s a pretty, quiet, peaceful, friendly city” with a thriving arts scene and a “bohemian vibe,” she says. “Escobar and the drug cartels—that’s part of the past.”

What’s more, Peddicord estimates that a retiree could live comfortably on less than $1,600 a month in Medellín—while enjoying the temperate climate and having access to excellent health care.

Her observations are borne out by the experience of Rich Holman, 69, who moved six years ago from Florida to Medellín, where he now runs a real estate company. After the election of President Alvaro Uribe in 2002, “security improved, and overnight this country started changing,” he told Bloomberg News, adding: “I could literally quit working and live off my Social Security of $1,800 per month.”

Peddicord, an American who runs her business from Panama, says her ranking of retirement spots “isn’t scientific.” It’s based on her own observations and those of her clients and other contacts during Peddicord’s almost 30 years of advising people about overseas retirement. The focus is on “living better for less,” she says, which means expensive locales such as Paris were automatically excluded, as well as places where English speakers would have trouble navigating daily life, or where the weather is cold.

Here’s a summary of the selling points (and a few downsides) of Medellín and the other top four locales from Peddicord’s ranking:

Medellín: With a metropolitan area of about 3.8 million people, it’s Colombia’s second-largest city. Its location in the northern Andes ensures pleasant weather year-round, with temperatures rarely rising above 80F or falling below 60F. Most buildings are constructed of red brick, set off by the greenery of the city’s many parks and botanical gardens. Five of Latin America’s 35 top-rated hospitals are located in Medellín, Peddicord says.

Downsides: Air travel to the U.S. generally requires changing planes at least once; air pollution can be a problem in the center of the city; and the English-speaking expatriate community is small. “You are going to have to learn some Spanish,” she says.

Cuenca: A city of about 350,000 in the Cajas Mountains, it boasts mild weather year-round, with average high temperatures of about 70F and average lows around 50F. Cuenca has already attracted a substantial expat retirement community because of its “very European feel,” including a symphony, theaters, galleries, and a cafe culture, Peddicord says. There are several international-standard hospitals, as well as an excellent extended-care facility, she says. And it’s inexpensive: A retiree could live there on $1,200 a month, Peddicord estimates.

Downsides: No direct flights to the U.S.; the city is more than 8,000 feet above sea level, so altitude sickness can be a problem.

George Town: This former British colonial outpost of about 700,000 is on Penang Island, on the west side of peninsular Malaysia. The weather is tropical, with average high temperatures approaching 90F and average nighttime lows in the 70s. The city’s history means that English is widely spoken, and it’s a popular medical-tourism destination, which earns it “five stars for health care,” Peddicord says. Malaysia is particularly welcoming to expatriates, offering aid to new arrivals who need to obtain visas, ship household goods, and complete other chores. Average living expenses are a low $1,500 a month.

Downsides: Besides the heat, George Town gets almost 100 inches of rain, more than twice as much as Seattle. And it’s a long, long way from the U.S.: Expect more than 24 hours in transit, including a plane change in Kuala Lumpur.

Coronado: This peaceful beach community, on the Pacific coast less than 90 minutes’ drive from Panama City, has become a magnet for expat retirees. Many local businesses have adopted U.S. customs—bars and restaurants offer happy-hour specials, for example—and English is widely spoken. Average high temperatures are close to 90F year-round, with nighttime lows in the 70s. Although the city is just a bit pricier than Medellín, Cuenca, and George Town, monthly living expenses still average a reasonable $1,600 to $1,800. And nearby Panama City has plenty of direct flights to the U.S.

Downsides: Coronado is small, which means driving into chaotic, congested Panama City for medical services and major shopping. And Panama can get steamy, with rain showers almost daily during much of the year.