A record 4.4 tons of cocaine packed in containers of soy flour and destined for Togo has been seized in Montevideo. Uruguay has increasingly become a hub for South American narcotics shipments to Africa and Europe. 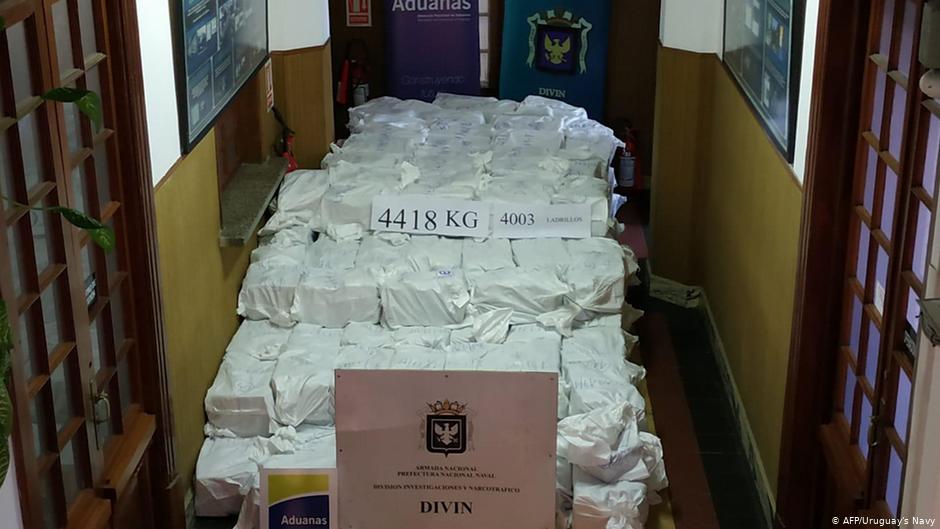 Further containers were being opened, the officials said, and if all four containers held the same quantity the seizure could amount to around 15 tons.

In a statement, Uruguay’s navy described the seizure as the “greatest blow to drug trafficking in the history of our country.”

The soy flour, destined for Lome, Togo, in western Africa, had been loaded last Tuesday at a ranch in the region of Soriano in southwestern Uruguay.

Uruguay’s El Observador newspaper quoted Director of Customs Jaime Borgiana as saying that customs personnel were waiting for suspects who “got baited.”

The AFP news agency reported that authorities had been questioning a soy company owner and truck drivers who brought the merchandise to the port of Montevideo for export.

Cocaine Worth $1B Seized in Uruguay’s Capital

4.4 tonnes of cocaine worth US$1 billion dollars were found in...
Read more
- paying the bills -