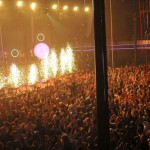 The Colombia branch of the Red Cross on Tuesday denied local government claims that more than a 100 people had fallen ill after taking LSD at a festival in Cartagena earlier this month.

A local government official had told press last week that “in areas arranged for emergency care more than a hundred people were treated for consuming hallucinogenic substances or a combination of drinks with pills were recorded.”

However, according to the Red Cross the 256 people that sought medical aid were suffering from, among others, dehydration, sunstroke or gastritis.

Unlike the city government, the Red Cross registered not one case related to drug consumption.

The humanitarian organization said most of the illnesses were related to not drinking enough water, excessive sunshine or an excessive use of aggressive sunblock.