Manizales is Colombia’s best city to live in: National survey 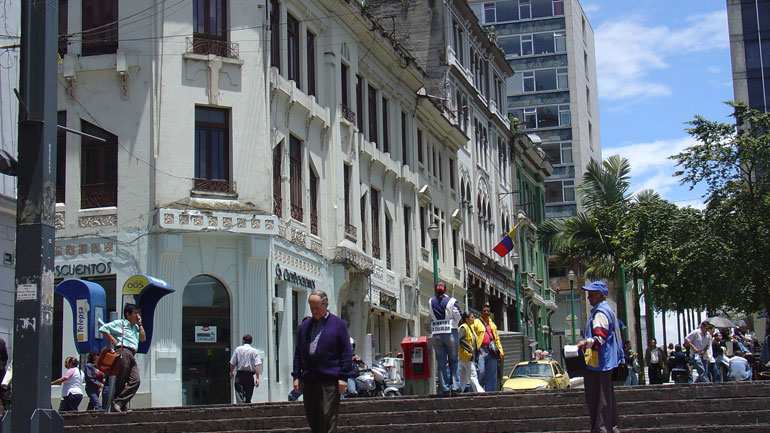 Manizales is the best city in Colombia to live in, according to a survey among urban dwellers from cities nationwide.

The survey asked residents of the country’s 13 largest cities to qualify 15 quality of life indicators.

Combining the responses with indicators like security and civilian participation, Manizales — a city of half a million — scored 65 out of 100, followed by Medellin (62) and Pereira.

The capital Bogota has one of the worst quality of life indicators, according to its own residents. The capital scored 32% and is tailed only by the coastal city of Cartagena.

Why Manizales is the best

Manizales, the capital of the Caldas province in Colombia’s iconic coffee growing region, scored particularly high because of the city dwellers’ general optimism.

Some 85% of the city’s residents said to be optimistic about the city’s future, well above the national average of 56%.

Ninety-two percent of the city’s inhabitants said they were satisfied with the city’s quality of life, more than double than measured in Bogota (44% and Cartagena (42%).

Of those interviewed, 91% of Manizales residents said to be proud of their city and 61% said their city’s administration has been either good or very good.

This is in spite of the city’s poor score in perception of wealth. Only 33% of the city’s residents said their economic situation has improved over the past year. This is lower than the national average, which stands on 36%.

Notwithstanding, only 11% of the Caldas capital’s inhabitants said they feel poor.

According to 90% of Manizales’ inhabitants, they are satisfied with their housing situation. Eighty-one percent said to be happy with the neighborhood they live in.

Additionally, 87% said to be satisfied with the public utilities offered by their city. The city scored highest in water quality and energy provision, and scored third in mobile telephone reception. Seventy-eight percent said to be happy with their internet connection.

Garbage collection is also well organized, according to 90% of the interviewees and 95% was positive about the provision and price of gas.

A staggering 98% of  Manizales’ residents said to be satisfied with the available care for children under five years old, 50% of whom attend a public kindergarten.

The education available for children between five and 18 was deemed satisfactory by 85% of the interviewees.

While not scoring highest in terms of healthcare and in spite of a national healthcare crisis, 57% of the people in Manizales said their right to healthcare is guaranteed.

Fifty-six percent said to have been satisfied with the healthcare received.

Manizales’ crime rates are similar to the national average, but significantly lower than major cities like Bogota, Medellin and Cali.

While still among the highest scores, only 13% of Manizales residents said that crimes end up effectively sanctioned.

According to 62% of its residents, Manizales offers enough recreational facilities and possibilities against a national average of 55%.

One of the downsides of Manizales, according to its citizens, is a deficit in cultural options; only 3% said to have been to a museum for example.

Still, 58% said to be satisfied with what their city has to offer culturally.

Also in transportation, Manizales outperformed every other Colombian city. While 52% in Bogota said their commuting time increased over the past year, in Manizales this was only 13%.

Eighty-seven percent of people in Manizales said to be satisfied with their means of transport, which is public transport for 60% of the interviewees.

In terms of road quality, the city performed significantly better than any other with 76% saying they are satisfied with the state of the road infrastructure.

The post Manizales is Colombia’s best city to live in: National survey appeared first on .