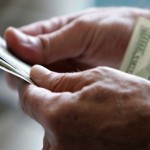 A new Bogota-based startup is helping middle-class Colombians work around their suspicion of banks to access loans and insurance.

“Here in Colombia, trust is built between people…it is hard to build trust with an institution. And something very small, like an overcharged account, will lose trust in that bank.”

Because of that underlying lack of confidence, said Barrera, 24% of adult Colombians have loans through friends, families or informal financial advisers, while only 12% have formal loans with a bank. And indeed, even that 12% is a significant increase over just a few years ago.

Using funding and support from Polymath Ventures, a business seeder also located in Colombia, Barrera and her startup team have tapped into Colombia’s existing network of informal financial advisers, known locally as “consejeros.”

“Colombians are more comfortable building relationships one on one. These consejeros are people in the community who already have a reputation for being financially responsible and successful,” she said. “They give out loans and financial advice to friends and family already.”

Barrera clarified that Aflore isn’t a bank because it doesn’t take deposits or have accounts. Nonetheless, Aflore will attempt to provide formal training to consejeros and allow them to offer loans and insurance products to their existing networks.

“We’re targeting the emerging middle class of Colombia, who have the capacity to use formal financial services but don’t because of the trust issue,” she said. “People need insurance and loans. If the level of trust in banks isn’t going to change, there’s an opportunity to build a business connecting people with the services they need.”

The company, launched in October this year is aiming to have 120 consejeros trained by October 2014.

Barrera herself is a Colombian who started out as a financial trader in the country’s coffee industry before moving to London, where she spent a decade as a trader for various large financial firms and an international bank.

She says she returned to her native Colombia to fill the gap in the formal financial services available to the country’s emerging middle class.