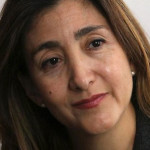 Former presidential candidate and rebel group FARC hostage Ingrid Betancourt might stay true to her word and make a return to Colombia politics as one of the presidential pre-candidates for the “Green Alliance.”

Although Betancourt has not given a formal response if she will accept this nomination, the coalition of the former “Green Party” and “Progressive Movement,” known as the “Green Alliance,” registered her name within the legal timeframe to do so, in order to avoid locking her out of the race down the road.

The popular former presidential candidate had hinted in October that she might make a return to Colombia politics after a long hiatus, but still was not 100%, citing what an emotional toll that would take on her and her family.

In the same interview with media outlet BluRadio, Betancourt did also give her support to incumbent Juan Manuel Santos acknowledging his work as a “great warrior” against the FARC as Defense Minister. Santos was one of the main organizers of “Operacion Jaque,” (Operation Check), which was the military strategy that ultimately freed Betancourt after six years of being held hostage by the guerrillas.