‘Lessons of life that should never be forgotten’: Colombia’s 7th Annual Memory Week 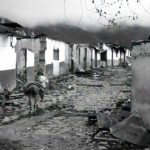 Colombia’s 7th Annual Memory Week opened in six cities Monday, kicking off a 12-day schedule of cultural and academic events pertaining to the history of the country’s decades-long armed conflict.

The schedule, put together by the National Center for Historic Memory (CDMH) includes 25 artistic, cultural and academic events throughout the cities of Bogota, Medellin, Villavicencio, Cali, Neiva and Cartagena.

The program was assembled from the winners of public contests and includes theater performances from Bogota and Barranquilla, art exhibitions from Cauca and Neiva, photo montages from Medellin and musical performances from Buenaventura.

The “Enough now!” photo exhibit is among the promoted highlights, and will be accompanied by the documentary “No Time for Sadness,” which will play on large screens located in significant locations in each of the six cities, and an academic program in which CNMH researchers and media columnists will discuss the content.

Another primary attraction is the presentation of the “Guerrilla and Civilians: the FARC’S Path 1949-2013″ report on the occasion of the one year anniversary of the start of ongoing peace talks between the government and the rebels in Havana.

The report purports to reconstruct the FARC’S history, military status, international context and changing relations with the civilian population and will be presented at the Cultural Center Gabriel García Márquez in Bogota on Tuesday night.

A followup will be held at the King’s Hall in Cartagena on November 29, where an event centered around the ”DDR: Disarmament, Demobilization and Reintegration with Differential Focus” report will analyze the peace process from a differential academic standpoint.

The complete program can be seen on the CNMH Webpage.