The epicenter was located south of Cuba and northwest of Jamaica, prompting initial fears of a tsunami, though those concerns have since passed. The tremors peaked at a strength of 7.7, the US Geological Survey recorded.

A powerful magnitude 7.7 earthquake struck in the Caribbean Sea between Jamaica and Cuba on Tuesday, causing tremors from Mexico to Florida. However, there were no casualties were reported.

The quake’s epicenter was 117 kilometers (73 miles) northwest of Jamaica’s town of Lucea and just south of Cuba, and had a depth of 10 kilometers, according to the US Geological Survey.

The quake was felt across much of the island of Jamaica, lasting for several seconds, the Kingston-based Jamaica Observer newspaper reported.

A M7.7 has been reported northwest of Jamaica. It appears to be the transform fault boundary between the North American and Caribbean plates. pic.twitter.com/jpVq5fmtJg

In Cuba’s capital Havana, residents were evacuated out of buildings when the city was rattled by the quake (pictured), which was also felt in Guantanamo, Santiago de Cuba and Cienfuegos.

It was not immediately clear if the earthquake caused any damage or injuries. The International Tsunami Information Center (ITC) issued an initial warning, though this was later lifted.

“The tsunami threat has now largely passed,” the ITC said.

Read more: To fly or not to fly? The environmental cost of air travel 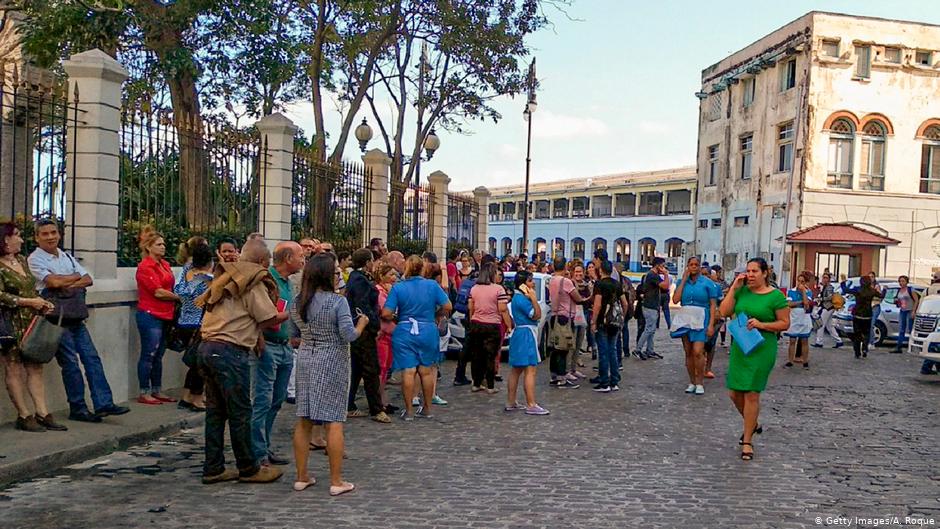 Meanwhile, the US Pacific Tsunami Warning Center said that based on all available data, waves reaching 0.3 to 1 meter above the tide level were possible for portions of Belize, Cuba, Honduras, Mexico, the Cayman Islands and Jamaica.

Indeed, the Cayman Islands recorded an aftershock of magnitude 6.5 as a result of the quake that left cracked roads and what appeared to be sewage spilling from damaged mains.

Cuban doctors arrive in Panama to attend Covid-19 crisis, despite warnings from the U.S.