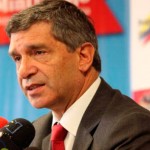 Youth unemployment and child labor will be the top priorities when labor ministers from 34 North and South American countries meet in Medellin, Colombia on Monday.

“Youth unemployment is a global concern, it is higher than normal unemployment rate and has to be examined,” said Colombian Labor minister Rafael Pardo on the eve of the 28th Conference of Ministers of Labor of the Organization of American States.

The conference has been the primary forum for discussion and decision-making on priorities and actions on labor in the Americas since it began in 1963, said Caracol radio on Sunday.

The summit comes as average Colombian unemployment reaches its lowest rate in 12 years, but youth unemployment is a major issue for the country: Fifty-one per cent of Colombia’s unemployed are between the ages of 14 and 28.

“In the last three years, youth unemployment has reduced more than overall unemployment,” the minister said, “New employment laws have allowed 500,000 young people to find a formal job with benefits for the first time.”

Child labor will be another issue on the table when the ministers meet in the central Colombian city of Medellin.

In July, the Ministry of Labor revealed more than one million children, almost 1 in ten of all minors in Colombia, work to sustain themselves or their families.

“Child labor is most acute in informal mining, sales, agriculture and girls working as maids,” Pardo said on Sunday.