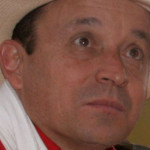 A policeman, alleged former paramilitary and key witness in the case against the brother of former President Alvaro Uribe has been arrested on murder charges, local media reported on Tuesday.

According to the daily, police official Alexander Amaya was arrested over the murder of an alleged FARC guerrilla in 1994 when the official was a member of the “12 Apostles” paramilitary group he has claimed was found by Santiago Uribe, the brother of Colombia’s former head of state.

“The Prosecutor General’s Office has decreed an arrest warrant … for the crime of homicide of Camilo Barrientos, which is one of the crimes that is investigated in the process over the 12 Apostles,” the attorney of the victim’s family was quoted as saying by CM&.

According to newspaper El Espectador, the suspect surrendered to authorities voluntarily last Wednesday already after which he “testified and ratified his testimony he had given [during an earlier investigation in 1996 in which] he clarified having known the 12 Apostles,” Amaya’s lawyer told newspaper El Espectador.

Amaya was a subordinate of former Police Major Juan Carlos Meneses, another former member of the 12 Apostles and key witness in the case against Uribe.