Juan Valdez to open over 300 coffee shops in South Korea 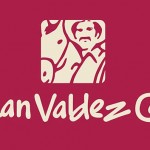 “In February, the first Juan Valdez store in Seoul will open [and it will] carry souvenirs, clothing and other promotional products,” said Ambassador Jaime Cabal in an interview with news outlet EFE.

Cabal anticipates that between 300 and 400 stores will open in the next five years. The company’s investments in the southeast Asian country total a reported $140 million to date.

South Korea will be the first country in Asia to host Juan Valdez, and the ambassador indicated that the company intends to “expand more in other countries” in the continent.

The company chose South Korea to launch its Asia operations over other regional economic powers Japan and China because South Koreans have an “elevated knowledge” of Colombian coffee, according to Cabal.

Coffee sales made up 12% of all Colombian exports in 2012, totaling some $415 million dollars.

In 2011 on a trip to Korea, President Juan Manuel Santos said that Juan Valdez would be a successful business in Korea.