Actor Jason Schwartzman had to pull out of a wild weekend with Charlie Sheen in Colombia because his wife wouldn’t let him go. 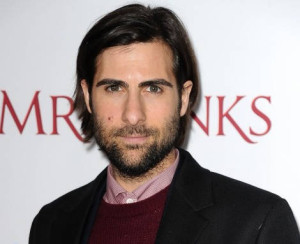 Sheen invited the “Rushmore” star to join him and a few friends on a private jet bound for South America while they were working together on last year’s “A Glimpse Inside the Mind of Charles Swan III” – and Schwarzman admits he was initially keen to go and find out what his co-star’s life was like away from the set.

He says, “I wanna seem cool, tough with him and I was like, ‘Yeah, maybe, let me think about that’. Really, what I was thinking was, ‘I gotta go home and I gotta clear this with my wife…’

“I go home and I say… ‘Hey, funny thing happened today. … Do we have plans this weekend, because Charlie Sheen asked if I would go with him to Colombia on a private plane. Should I go?’ And she said, ‘You’ve gotta be [bleep] kidding me. You are a father now; you’ve gotta be responsible. You could die down there.’”

But, despite the snub, mild-mannered Schwartzman and Sheen have become unlikely friends.

“The Moonrise Kingdom” star adds, “I love this guy a lot. … I love the way he thinks, I love his mind. I love the way he speaks. He speaks in way that are sort of poetic and strange and beautiful, but I don’t fully understand, literally, but I understand on a deeper level…