Honored to be Colombia’s Ambassador to the UN: Former Foreign Minister 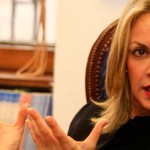 Former Colombian Foreign Minister Maria Emma Mejia has been announced as the new Ambassador of Colombia to the United Nations (UN) in New York.

Mrs Mejia said she was honored to have been selected and will be meeting with President Juan Manuel Santos soon to discuss their agenda.

“I’ll talk with the President and Chancellor about their direction, but I’m sure that is to further promote the name and reputation of Colombia in the international and foreign policy of the country,” Mrs. Mejia, 60, told Caracol Radio on Wednesday night.

President Santos announced the move on Wednesday at the same time as he appointed the current UN ambassador Nestor Osorio Londoño as the Colombian Ambassador to the United Kingdom in London.

Medellin-born Mejia previously served as Foreign Minister under the Presidency of Ernesto Samper and was Secretary General of the Union of South American Nations from March 2011 until June 11, 2012.

Her appointment came only two days after Luis Carlos Villegas was sworn in as the new ambassador to Washington.

The post Honored to be Colombia’s Ambassador to the UN: Former Foreign Minister appeared first on Colombia News | Colombia Reports.