Homicides down 9% across Colombia’s cities: Santos 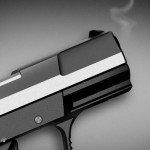 Colombia’s cities are safer than ever, President Juan Manuel Santos said Sunday, claiming homicides in state capitals dropped 9%.Santos said that homicides in the capital cities of the 32 states of Colombia were down 9% so far in 2013 compared to the same period last year.

“Undoubtedly, our cities are safer today,” Santos said at the the close of the seventh Summit of Capital Cities in Pasto in southwest Colombia.

Colombia’s cities have long had a reputation for violence stemming from the complex brew of poverty-fueled petty crime, drug trafficking, paramilitary activity and urban guerrilla movements.

US business and technology news website Business Insider has just in the past week included six Colombian cities on their list of the world’s 50 most dangerous cities.

Despite this, Colombia’s most prominent cities with the exception of Cali have seen dramatic drops in the crime rate in recent years.

In the first seven months of 2013, the murder rate in Medellin dropped 12.5% from the same period last year.