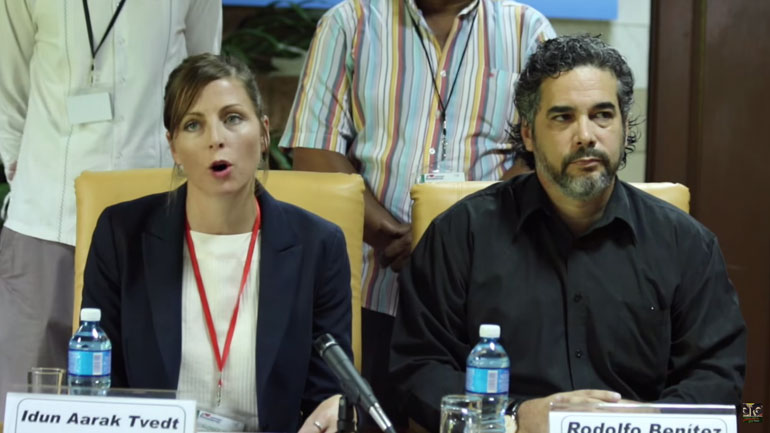 Cuba and Norway, the guarantor countries, had already called to take steps towards a bilateral ceasefire in May.

However, the FARC has since relentlessly continued attacks on infrastructure and security forces have continued offensive operations to either arrest of kill members of the country’s oldest and largest rebel group.

Measures to deescalate the violence in December last year, including a unilateral ceasefire by the FARC, have failed.

The FARC broke its own unilateral ceasefire in April after months of inaction by President Juan Manuel Santos who has insisted on maintaining warfare while negotiating peace.

Meanwhile, the parties seem unable to come to an agreement on how to guarantee justice for the growing number of victims of the 51-year-old war, the agenda point that is currently being negotiated.

This inability to deescalate the violence forced Chile and Venezuela, sponsors of the talks, to join Norway and Cuba and reiterate the now “urgent” need for a decrease in armed conflict.

“We urge the parties to the severely restrict any actions that cause victims or suffering in Colombia and to step up the implementation of confidence-building measures,” Norwegian representative Idun Aarak Tvedt said on behalf of the governments of Cuba, Chile and Venezuela.

“We consider it essential in order to guarantee the conditions for and create a climate conducive to achieving agreements on the remaining questions on the agenda, including a definitive bilateral ceasefire and cessation of hostilities, as well as the issue of victims’ rights,” the Norwegian representative said.

The peace talks began in November 2012 and have since resulted in partial agreements on political participation, rural reform and the FARC’s abandoning of drug trafficking.

However, neither party seems to want to take responsibility for the 7 million victims of the armed conflict. The FARC have consistently refused to go to prison in spite of thousands of charges of war crimes.

The government has been pushing legislation that allegedly impedes the effective prosecution of members of the military, which is also accused of thousands of war crimes.

The post Guarantors at Colombia peace talks call for ‘urgent’ reduction of violence appeared first on .