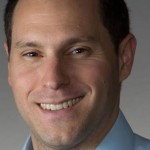 While the momentum of peace talks is moving towards a deal, the Colombian people must be involved more to avoid the pitfalls that derailed previous attempts to end the country’s armed conflict between the state and rebel group FARC, an expert on the Colombian conflict studies said.

Oliver Kaplan of the Josef Korbel School of International Studies at the University of Denver, is an expert on non-violent response at the community level to the armed conflict in Colombia.

The scholar also recently published an article on CNN featuring analysis of the challenges and opportunities posed by one year of ongoing peace talks between the government and the country’s largest rebel group in Cuba, titled “Can Colombia build upon its democratic opening?”

Kaplan told Colombia Reports that the current peace negotiations have “learned from history,” creating a more “inclusive” process this time around.

“Today’s negotiations have been much more participatory than past negotiations,” wrote Kaplan in his article. “The talks have been held closer to home, in Havana, with negotiators shuttling back and forth to Colombia. There has also been participation and input during the negotiations, not just for a final seal of approval.”

Since 2006, Kaplan has been researching the Colombian conflict, interested in how civilians were trying to deal with the effects of the conflict through “non-violent” and “organizational” methods.

Through extensive travels and performing interviews in Colombia’s war-torn regions, he found that communities used local community councils to investigate threats posed by suspected collaborators with armed groups, and create governing and judicial structures to remain apart from the conflict. These independent social structures worked to promote peaceful norms, identify and monitor actors in the conflict, and insulate the farming communities from violence brought along with the conflict.

Kaplan argues the story of local non-violent resistance illustrates “Colombia’s peaceful center,” and serves as “inspiration” for the peace talks happening in Cuba.

While Kaplan is “excited” by promising signs of the peace talks, exemplified by the recent deals reached on political participation and agrarian reform, he argues “without expanding and sustaining political participation, a lasting peace will be elusive, as underdevelopment in the countryside will persist and peasants will remain vulnerable to recruitment by criminal bands or other armed groups.”

To prove his point he looks to problems experienced during Colombia’s failed attempt in the 1960s to bring peace to the country:

The experience after The [1960s] Violence is again instructive. The National Front pact called for the two main political parties to alternate in power and also created mechanisms for participation including village-level community action boards (or juntas comunales), the most common form of social organization in Colombia today. Yet the national level political alternation and instability, along with creeping clientelism and corruption, meant the viewpoints of peasants were coopted and marginalized by politicians.

This exclusion became a rallying cry for spoiler insurgent groups, including the FARC (yes, the same FARC with which the government is negotiating today, some 49 years later).

While the international community is becoming increasingly hopeful over the possibility of a peace deal, Kaplan argues that many Colombians living in the regions affected by war are still “skeptical,” taking an attitude of “I’ll believe it when I see it.” Incorporating local communities skeptical of outside influences, which have caused them harm in the past, will be one of the central challenges of realizing any lasting peace in Colombia.

Kaplan argues that following the conclusion of any peace deal,  if “Colombia is to achieve peace and also live up to its democratic potential,” the most difficult part will be “follow through,” ensuring the farmers who have suffered so much, have their grievances addressed and their voices heard on the national level “to sustain grassroots participation at the forefront.”