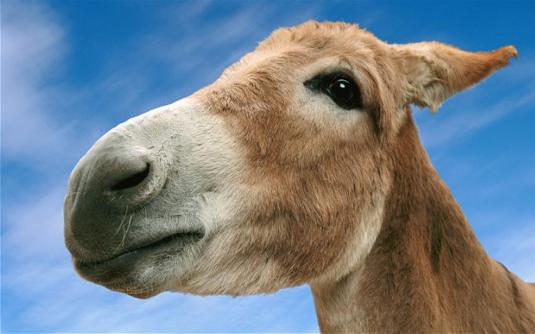 They say crime doesn’t pay, and that is especially true when your crime brays. It’s a lesson that three criminals learned when they were forced to abandon their stolen goods after their getaway donkey, which was loaded with their spoils, started braying so loudly that the police were alerted.

While the main robbery took place at 2 a.m. in the tiny town of Juan de Acosta, Colombia, the thieves’ crime spree started 12 hours earlier when they swiped Xavi, a ten-year old donkey, from his owner Orlando Olivares. The crooks planned to use Xavi as a getaway vehicle/pack donkey for their planned grocery store heist. In the early morning hours, the thieves broke into the grocery store and pilfered rum, oil, rice, and cans of tuna and sardines, loading Xavi with their ill-gotten goods.

But Xavi foiled their plans.

According to the story in the local press, the donkey let out a series of loud brays, which drew the attention of the police. The thieves were then forced to finish their getaway on foot, abandoning their goods, lest they be caught by the cops. The police found the donkey still loaded with the thieves’ loot. Xavi was detained in the town police station for 12 hours before being returned to his owner.