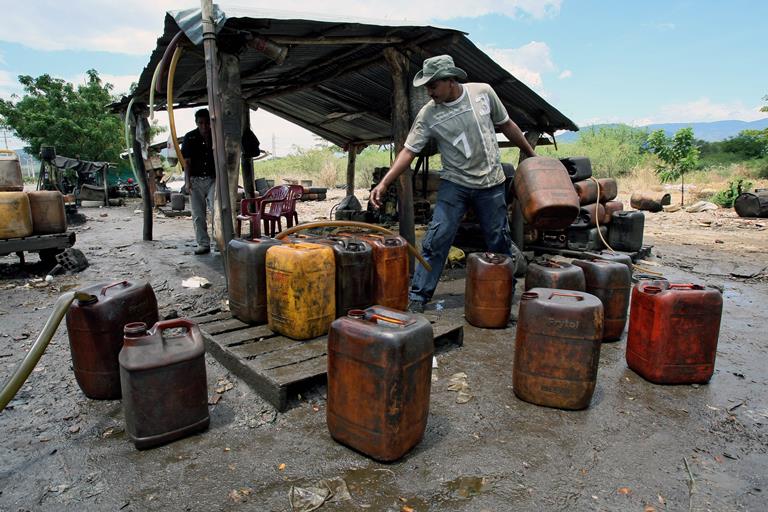 Authorities in Colombia have dismantled what they claim to be the biggest gasoline smuggling network operating along the Venezuela border, a blow against smuggling that comes at a time when the reopening of the border is set to change the contraband dynamic in the region.

On August 13, Colombian police announced the arrest of 28 alleged members of a smuggling network known as “Los Coyotes” in 25 raids in cities across northeast Colombia.

According to the police, the gang sourced cheap Venezuela gasoline from around the state of Maracaibo then smuggled it into Colombia in what are dubbed “caravans of death” — convoys of vehicles loaded with illegal gasoline that move at top speed along clandestine border crossings and rural roads.

In Colombia, the network allegedly used the city of Maicao as a collection and storage point, then distributed the gasoline further to the south in municipalities of Cesar department. 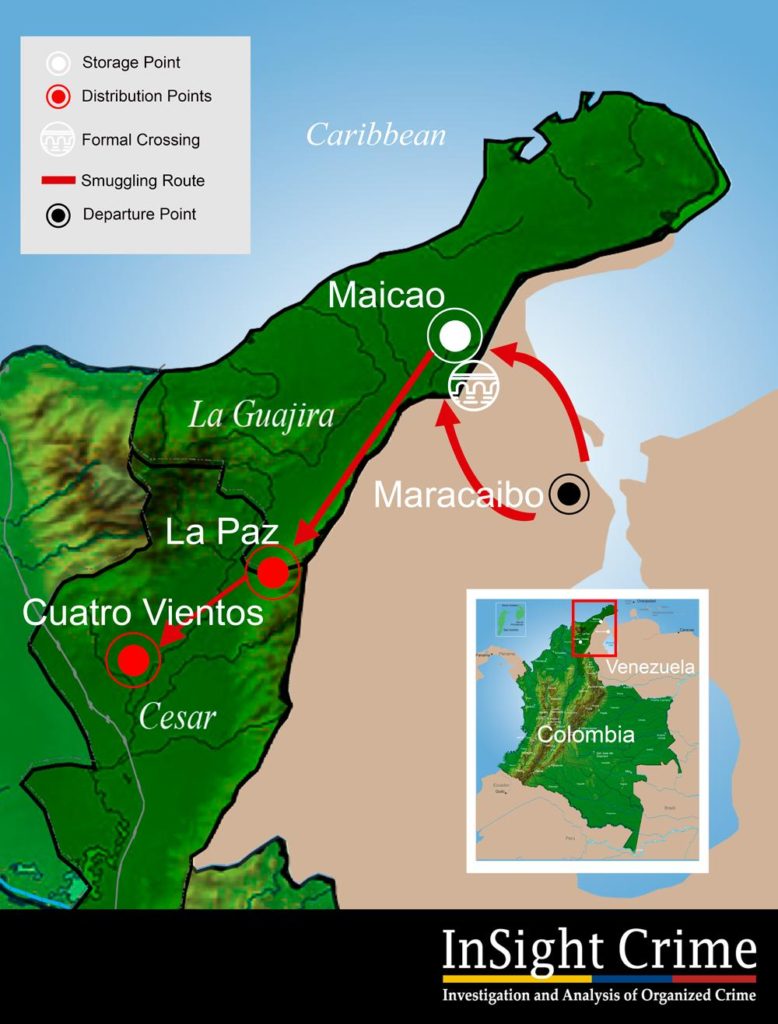 The blow against the smuggling network follows news that Colombia and Venezuela have reopened the border between the two countries, which had been officially closed for nearly a year.

The plan announced by the two governments is for a gradual normalizing of border controls, beginning with the opening up of several pedestrian border crossings for 12 hours a day, reported the BBC.
InSight Crime Analysis

Smuggling Venezuela’s dirt cheap subsidized gasoline is the mainstay of a contraband trade that is changing rapidly in the Colombia-Venezuela border region.

While gasoline remains widely available, Venezuela’s economic troubles have created severe shortages for the other subsidized and price-controlled goods that were previously smuggled into Colombia. This has not only reduced the flow of goods into Colombia but in some cases even reversed it, with goods smuggled into Venezuela from Colombia for those who can pay the higher prices.

The decision to reopen the border will facilitate the legal movement of goods to make up for shortages in Venezuela. It also will likely be a blow to organized crime networks, which profited greatly from the Venezuelan government’s unilateral decision to close the border in August 2015 following an attack on Venezuelan security forces it blamed on Colombian paramilitaries.

The move essentially shut down small scale “smurfing” contraband operations — individuals making multiple cross-border trips with small quantities of merchandise — which accounted for the bulk of smuggling in the region. However, the lack of smurfs only fueled the larger contraband operations that smuggle bulk quantities along hidden border crossings away from urban centers. For organized crime and insurgent networks, this represented an ever more lucrative source of income, as the more far-flung crossings traverse their territories, allowing them to charge smugglers a toll for their use.

As the border opens up, there is likely to be a shift back towards smurfing operations — at least for the goods that are still available to be smuggled.