A Bloomberg survey of 61 countries across the world showed that drivers in Colombia pay a higher percentage of their daily wage for gasoline than all other Latin American drivers. 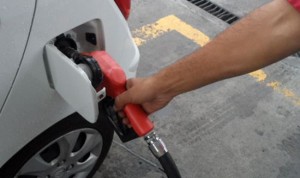 According to a Bloomberg ranking released September 3, Colombia is ranked 12th in the world for the price of a gallon of gas as a percentage of an average daily wage.

The calculation showed that a gallon of gas costs 20% of the average Colombian’s daily income.

This finding comes at a time when there is much talk in the country concerning the high prices of gas.

The price ranking has been criticized during debates in Colombia’s Congress and the new Minister of Mines and Energy, Amylkar Acosta, was skeptical of the results, according to news site Portafolio.

Bloomberg explained that the price list was created with legitimate data gathered from sources such as the Associates for International Research Inc., Europe’s Energy Portal, the Energy Information Administration of the United States, the International Monetary Fund and the World Bank.

Prices of European Union countries and the United States were true for July 16. Prices for the other countries are true for between the first and the 12th of July.