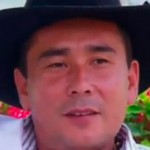 Colombia’s emerald-mining regions may return to the “Green War” after a grenade attack on a mining magnate in central Colombia on Sunday, said the cleric who helped negotiate an end to the conflict in 1990.

Four people died and nine people were injured when a grenade exploded in a group around emerald magnate Pedro Rincon, in the gemstone-mining town of Pauna, in the central Colombia state of Boyaca. A child under 18 months-old is among the dead.

This attack could break the uneasy peace that has held in the emerald-producing regions since 1990, Colombian Bishop Hector Gutierrez Pabon told Colombia’s Noticias UNO on Sunday.

Colombia currently produces about 55 percent of the world’s emeralds and legal sales have been worth around $130 million a year for the past five years.

The “Green War” broke out in the 1960s, as emerald magnates used paramilitaries to defend their turf from guerrillas and drug traffickers chasing the industry’s big profits and potential for laundering money using the green gemstones.

Boyaca police commander Carlos Gutierrez said on Sunday all signs signal this attack was aimed at Rincon, who became the de facto leader of the Colombian emerald industry in April this year when controversial “emerald czar” Victor Carranza died, aged 78.

Police say Rincon was reportedly unhurt, but his 23-year-old son Pedro was injured. They have not released who may have been responsible.

Meanwhile Pabon said on Sunday this latest attack was a deliberate provocation because Rincon and so many of his faction had been attacked at once.

“It’s clear this was the goal of the attack,” he said.

According to analysis site Insight Crime, the first emerald mines in Colombia were legalized by the government in 1953, but the miners were left to resolve their disputes on their own, which they usually did with guns.

In 1961, the first major clashes took place and the violence escalated into the “Green War” as mining magnates formed paramilitary groups to defend their turf from drug traffickers and guerrillas.

In 1985, major Colombia drug cartels became embroiled in the conflict as they tried to take control of the emerald mines.

According to government sources, about 3,500 people were killed in fighting across Colombia between 1984 and 1990. The fighting ended in the early 1990s when Carranza forged an uneasy peace, with the help of now-Bishop Pabon, between conflicting interests.