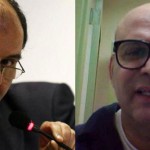 Former AUC leader Salvatore Mancuso, now in prison in the United States for drug trafficking, told a Colombian court that the DAS’ former deputy director Jose Miguel Narvaez on several occasions held workshops in camps of the paramilitaries who terrorized Colombia between the 1980s and their eventual demobilization in 2006.

Narvaez is on trial for his ties to the AUC following the revelation of a number of scandals that involved the 1999 killing of popular journalist and comedian Jaime Garzon, and the illegal wiretapping of the Supreme Court, journalists, human rights organizations and opposition politicians — all deemed inconvenient for the administration of former President Alvaro Uribe, who is also investigated for his alleged ties to the AUC.

According to Mancuso, the former DAS official was a personal friend of Carlos Castaño, the founder of the AUC who was killed in 2004. It was Castaño who ordered his men to attend the workshops given to the paramilitaries by Narvaez, he said.

“They invited us to talks and courses … [in which] they talked about ideological issues [and] the fight against the subversives,” Mancuso testified from his prison in Virginia.

“He always said that he was a professor and gave courses at the [military] Superior War School and that he gave courses to generals and colonels,” said the former AUC chief.

Narvaez, who was fired from the DAS after the breaking of the wiretap scandal, gave similar workshops at Fedegan, Colombia’s national ranchers’ federation whose members have regularly been linked to paramilitary groups.

The former paramilitary chief went as far as saying that Narvaez was the AUC’s “ideologue.”

Narvaez, already convicted over his role in the wiretapping scandal, is currently on trial for the Garzon killing. According to several witnesses, Narvaez suggested the assassination to Castaño who later ordered the journalist’s death.

Narvaez is not the first DAS executive to be embroiled in paramilitary conspiracies. Jorge Noguera, who appointed as director of the DAS by Uribe when taking office in 2002, is in prison following a conviction for his ties to the AUC.