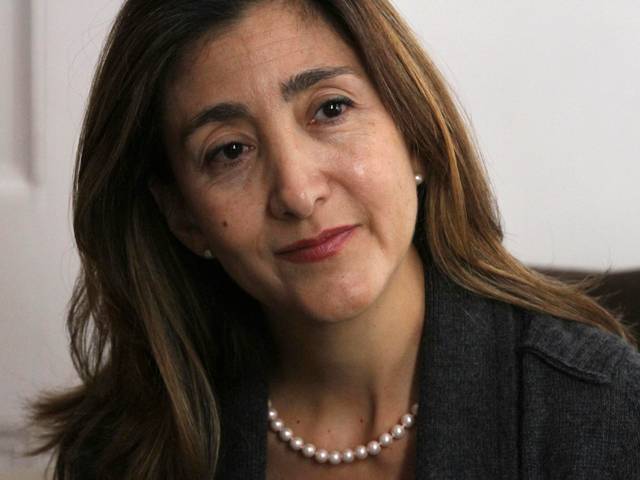 Betancourt is one of several candidates on the party’s March primary ballot. Others on the primary include Enrique Peñalosa, a former Bogotá mayor, known internationally for his implementation of bus-rapid transit system Transmilenio, and Antonio Navarro Wolff, a former M-19 rebel, senator and governor.

Betancourt was a candidate for president when she was kidnapped in rural Colombia in February 2002 along with her campaign manager, Clara Rojas. Betancourt was  freed in a historic Colombian military operation known as “Jaque” or “Checkmate,” on July 2, 2008, in which Betancourt, her campaign manager, three kidnapped American contractors, and 11 Colombian military and police officers were rescued without injury.

Upon her release, Betancourt has split her time between New York and Paris and has studied theology at Oxford, all the while becoming an increasingly unpopular figure in Colombia. While there’s no new polling, Colombian media reports suggest her unpopularity stems in large part from reports that she intended to sue the Colombian state over her kidnapping. Betancourt spoke to Colombian network Caracol in 2010 saying her $6.8 million lawsuit was intended to compensate other victims, not herself. Betancourt never went through with the lawsuit.

Betancourt also penned a memoir about her time in captivity in French entitled “Even Silence has an End,” which was translated into English, Spanish, and several other languages. Post-kidnapping, her second marriage to Juan Carlos Lecompte ended in divorce.

Betancourt was previously married to Frenchman Fabrice Delloye with whom she had two children, Mélanie and Lorenzo. Her children, Delloye, Lecompte, her mother Yolanda Pulecio, a philanthrophic former beauty queen, and her sister Astrid Betancourt, all fought around the world publically for her release. Colombian-born Betancourt was raised primarily in Paris, where father Gabriel Betancourt at one point was the Colombian ambassador to UNESCO.

If Betancourt wins her party’s nomination, in May 2014, she’ll be one of several candidates running against President Juan Manuel Santos—the former Minister of Defense responsible for the military operation that freed her during the Alvaro Uribe administration.