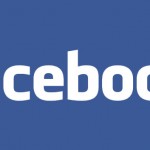 Five people have been arrested in connection to a rape video posted on social networking site Facebook, according to Colombian newspaper El Universal reports on Thursday.

Chinchina authorities had arrested five people in connection to a video showing the presumed rape of a woman which was published over Facebook on Wednesday, to the repulsion of the online community.

The filming explicitly recorded a young man apparently abusing a defenseless woman while being watched and encouraged by two others. Authorities claimed that the supposed violators were between 15 and 17 years-old.

The video appeared on the profile page of Johan Sebastian, who in the post assured that it is him who “speaks in the video and who recorded it,” defiantly asking whether “there’s any problem with that.”

Sebastian published his telephone number on the same wall, asking people to contact him.

The profile information on the page detailed that the young man lives in the municipality of Chinchina, in the state of Caldas.

The video was reportedly uploaded to the personal profile of a young man named “Gustavo” who filmed the scene with his mobile phone, and who spoke to Colombian radio station Blu Radio on Tuesday regarding the scandal.

“It was a bit of party madness,” he told the media outlet.

According to Gustavo, the girl was from the Medellin area. When asked whether the lifeless-looking victim was dead, he answered that she was only “deprived [of her senses].”

Mirella Cordon, a police commander in the sixth region, told Colombian newspaper El Colombiano that the person who filmed the video turned himself in voluntarily to the authorities on Thursday morning after finding out that the video had been published by, he claims, a friend who had taken his phone.

Caldas’ police agency furthermore reported on Thursday that they had located and identified the youths that participated, in the hope that they would approach the authorities with an explanation for the events.

They are currently waiting on the Prosecutor General’s Office to determine the legal situation for the men implicated, because as of yet the female victim has not come forward.

“The youths show their face completely and have been fully identified, but we still don’t know who the girl is,” David Benavidez, commander of Caldas’ police, stated.