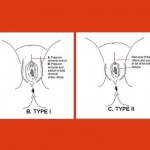 Previous reports had only documented the practice in the Colombian indigenous community of Embera living in the Risaralda region, but this report said the practice has been documented within 16 other regions where the indigenous group is present in the country. The report also documented other troubling indigenous practices that infringe upon the human rights of women, such as locking up girls upon reaching adolescence from one month up to three years.

The practice of genital mutilation generally involves the removal – often during infancy – of the girl’s clitoris.

“The situation is delicate. We need to be respectful and careful, remembering that these are autonomous indigenous groups governed by their own traditions,” said Ruiz.

Ruiz added that it will be important to create understanding among indigenous authorities, generating awareness of the threats of the highly controversial practice.

“It is recommended to Colombia that efforts are realized with indigenous authorities to end genital mutilation, increasing awareness of the harm caused to girls and women,” said the report.

In 2010 UNPFA worked with the indigenous authorities of the Emera indigenous group, successfully enlisting their aid in the UN’s efforts to eradicate the practice of genital mutilation. However, while gains have been made,  the practice has not been completely removed in the Emera community.