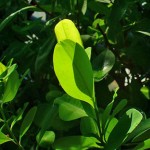 While Colombia’s largest rebel group the FARC released a proposal this week to legalize and regulate the cultivation of illicit crops, a drug policy expert from the non-profit Washington Office on Latin America (WOLA) doubts that this plan is seriously viable for Colombia.

“Parts of it yes, the parts on the stopping of aerial fumigation, maybe. The parts of getting a lot more campesino involvement in alternative development, maybe. But legalizing coca production? I sort of doubt it,” Adam Isacson, WOLA expert on international drug policy and Colombia, told Colombia Reports.

Isacson has spoken at length on year-old peace talks between the FARC and the government in many news publications ranging from the Washington Post to Colombian newspaper El Tiempo.

In light of the FARC’s plan released Tuesday to legalize and regulate production of coca, poppy, and marijuana plants, the South American expert asserted that having a government controlled market of these crops is unlikely to happen.

“In regards to creating a local coca industry in Colombia like Bolivia is trying to construct, I think that Colombia might resist that,” said Isacson.

“There may be cities or departments of Colombia that would be ready for that, but as a national policy I don’t think they’re ready for it. I think that [a regulated market of coca, poppy and marijuana plants is] the part of the proposal where the FARC will not get what they’re asking for,” said the WOLA Senior Associate.

Isacson did affirm that he believed Colombia to be capable of creating a system to operate and maintain legal cultivation of these crops if they so chose.

“[Colombia] could say, ‘this is where the legal production is going to happen, we have the security forces there, we have the judicial system there, and it’s being monitored all the way from production through to the consumer,’” following a Uruguay model. But the main obstacle standing in the way of that plan would be that Colombia is just not “politically ready” for such an aggressive move, according to the DC-based pundit.

He also noted that the government does not intend to, nor would likely be able to, “come up with a whole new drug policy regime in Havana.”

However, it does not appear as though all of the FARC’s requests will go unrealized.

“I do think that the government and the FARC are close on some of these issues too,” continued Isacson, “I think you’re going to see a turn away from forced aerial fumigation…a lot of manual eradication but much more of a commitment to pair it with economic aid including food security aid for people who do get their crops eradicated manually.”

One of the main points of the recent FARC proposal focused –as the FARC historically has– on the protection of those farmers and campesinos who do not participate in illegal drug activity, but whose livelihood depends on the production of these crops.  WOLA’s drug specialist said that the number of Colombians that fall into this category of people probably is in the tens of thousands, thus “we’re not talking about a big part of the rural economy.”

But Isacson did point out that these Colombians who are directly and indirectly affected by the production of these crops will likely be the FARC’s core support base during elections.

“[In these] traditional conflicted areas… the votes will actually matter. The FARC will [want to] have some of its former members in congress. They’re gonna try to do what they can to cushion the blow for [campesinos and farmers] in these specialized zones,” said the Latin American expert.

Isacson maintained that despite the many challenges facing the two delegations, the solution to illicit drugs, the third of six agenda items to be discussed in Havana, should still be the quickest point discussed.

“If we get past the congressional elections in March and we’re still on this topic…it wouldn’t be a disaster, but I think it would be a shame. I do think we’ll get through this one really quickly.”

The authority on drugs in Colombia concluded saying that the only thing that he foresees halting progress on this third point, would be how far the FARC takes many of its proposals set forth this week.

“If the FARC is serious about pushing more legalization, they’re going to have trouble. And that could slow things down.”