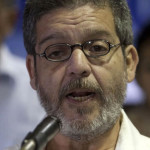 However, officials of the state of Antioquia in northwestern Colombia holds the FARC responsible for a bomb attack injuring five people Monday.

The announced ceasefire is the second since peace talks began in November last year. The FARC announced a similar unilateral cease of hostilities for December last year, during which guerrilla attacks dropped to almost zero.

The FARC, during this year’s last round of peace talks in Havana, read a statement in which they criticized President Juan Manuel Santos for indecisiveness in regards to the conflict. Furthermore, the FARC stated that Santos “has been underestimating the importance of general agreement” and asked for “clarity and unity,” Cararol Radio reported.

“Let it be clear that the talks can not be converted into an instrument of electoral propaganda,” said FARC guerrilla spokesman, Marco Leon, referring to Santos, who has announced he will run for re-election in a presidential ballot next May. The campaign is likely to focus on negotiations with the FARC.