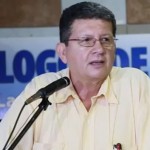 The FARC’s peace delegation in Havana, Cuba, announced Wednesday the end of the unilateral ceasefire they declared one month ago and claimed that combat actions during that time were “legitimate acts of self-defense.”

In a release, the FARC peace delegation, which recently reentered ongoing peace talks with Colombia’s government in Havana, Cuba, announced the end of the unilateral ceasefire that they declared last month on December 15.

The rebels rejected claims made by two separate Colombian think tanks and the country’s ombudsman that they failed to meet the terms of the ceasefire.

The two Colombian think tanks claimed that between eight and twelve military actions were executed by the FARC during the ceasefire that were classified as unilateral offensive acts.

On Wednesday Colombia’s largest rebel group rejected these claims, saying that military actions executed by the rebels during the ceasefire were “legitimate actions of self-defense, caused by the persecution by military and police forces during that month.”

The FARC went on accusing the Colombian armed forces of several military actions against civilians, including a alleged case in south-central Colombia where the FARC said the government killed three civilians, declaring them as dead rebel fighters.

Additionally, the rebels drew a balance of 51 killed union and social activists in 2013 whose assassinations reportedly have not been investigated so far.

Still the FARC peace delegation confirmed their willingness to continue the path of the ongoing peace process that could end more than 50 years of armed conflict in Colombia, stating that “50 years of constant war prove that the end of the conflict and peace cannot achieved by repression and the state’s brute force.”

Instead, “the FARC will continue to support the path of peace and reconciliation, which does not mean that we will ever deny our goals of sovereignty, democracy and social justice for Colombia.”