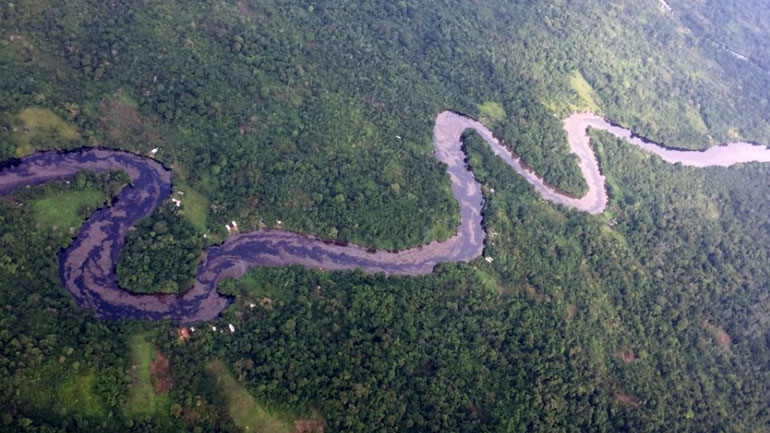 Alleged FARC rebels blew up a pipeline in the southeastern Nariño province on Monday, causing the spilling of more than 400,000 gallons of crude oil into nearby rivers, streams and mangroves.

Environment Minister Gabriel Vallejo, who visited the site earlier on Thursday, said that the result “is an incalculable tragedy, the worst environmental and social damage done in the past 10 years.”

Not only does the oil threaten the local ecosystem, it has cut off the water supply of the approximately 160,000 inhabitants of the town of Tumaco who depend on the polluted waters for their drinking water.

“Again the most affected are the least protected and most vulnerable classes and, of course, the fishermen in the area,” said Vallejo.

According to Juan Carlos Echeverry, director of state-run oil company Ecopetrol, the area will need some 10 years to undo the environmental damage.

The attack on the oil pipeline in Tumaco is one of a numerous attacks allegedly carried out by Colombia’s largest and longest-living rebel group since on May 22 it suspended a unilateral ceasefire it had been upholding for five months in an attempt to increase confidence in ongoing peace talks with the Colombian government.

The same Transandino oil pipeline had already been bombed last week and truckers transporting oil in the neighboring Putumayo province were allegedly forced to dump 200,000 gallons of crude oil at a rebel roadblock just a few weeks ago.