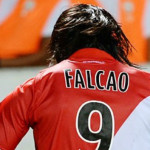 Santa Marta, the Caribbean hometown of soccer star Radamel Falcao, in planning to build a statue in honor of its most famous native, the mayor of the city announced Sunday.

According to newspaper El Tiempo, Mayor Carlos Caicedo said the AS Monaco striker would have his own statue before 2017 when Santa Marta is host city of the Bolivarian Games, a regional sports event.

“Falcao deserves this and much more,” Caicedo was quoted as saying by Radio Santa Fe. “It’s a way to say thank you for all the happiness he produces, not just to those from Santa Marta, but in the entire country.”

Falcao, born in Santa Marta on February 10, 1986, is Colombia’s most expensive player. Over the past three years, the striker helped his two consecutive teams to win teh championships in their respective countries. With Monaco, the Colombian player is third in the French league.