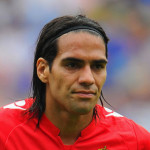 Falcao, who plays his club soccer for AS Monaco and often captains the Colombian National Team, was born in the coastal town of Santa Marta and is widely considered one of the best strikers in the world.

“Falcao is one of the most exciting players of our time,” said UNODC Executive Director Yuri Fedetov, “bringing great attacking flair and style to the game. He has performed at the highest international level and will carry the hopes of his nation to the World Cup next year.

“But he has also used his skill to inspire young people and show them the way to a healthy lifestyle. He is a role model of fair play, dedication and humility not just in his native Colombia, but also worldwide.”

“I am proud to be a UNODC Goodwill Ambassador,” replied Falcao. “My goal is to help the youth of this world show drugs a red card.”

In his new role as an international humanitarian officer, Falcao will speak out on drug prevention, visit UNODC projects, and witness firsthand both the challenges and achievements in the fight against drugs and crime, according to the UNCOD.

Falcao made his professional debut in 1999 at the age of 13. He has since scored over 100 goals during three European football seasons, becoming the first player in history to win two consecutive European titles with two different teams while also becoming the top goal scorer for both teams.

With the public recognition he has accumulated, Falcao has taken to promoting a number of social causes.

Recently, the Colombian soccer star helped secure $100,000 from Swiss watchmaker Hublot for an alternative development project to help families involved in illicit drug production and trafficking in a community near his native Santa Marta.