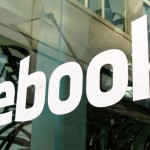 Social media giant Facebook will open a corporate office in Colombia by early 2014, the company said on Wednesday.

Facebook Vice-President for Latin America, Alexandre Hohagen, said at a Bogota press conference that the office would open in the first quarter of 2014 and service the businesses wanting to connect with the estimated 20 million Colombians already on Facebook.

Colombia will join Brazil, Argentina and Mexico, which already have a permanent Facebook business presence in their countries.

Facebook had yet to announce whether the office would be in Medellin or Bogota, the two biggest cities and tech capitals of Colombia.

The news comes after President Juan Manuel Santos announced this week the government intended to connect “every Colombian” to the internet.