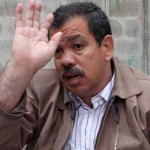 Former paramilitary leader “Don Berna” has been charged with an additional 20 crimes by a Medellin court chamber in charge of investigating crimes committed by the now-demobilized AUC.

Diego Fernando Murillo, alias “Don Berna,” was the leader of the AUC paramilitary organisation as well as the Medellin-based organised crime syndicate, the Oficina de Envigado.

Among the newest charges he is accused of are alleged involvement in 11 forced disappearances, 4 massacres perpetrated in Medellin and Bello in the department of Antioquia, gender-based violence, and the displacement and killing of people in Medellin and the wider Antioquia area, reported Caracol Radio.

Murillo was extradited to the Unites States in May 2008, having previously handed himself in to the authorities after the demobilisation of the AUC in 2005. He was soon incarcerated after reportedly breaking the terms of his demobilisation and his extradition to the United States was on account of the AUC’s involvement in the drug-trade, where he was sentenced to 31 years in jail.

MORE: US court sentences ‘Don Berna’ to 31 years in jail

As a result of his foreign incarceration, he was charged via video-link from the seventeenth floor of the Jose Felix Restrepo building to his prison in Miami.

On the first day of accusations back in September 2013, the court charged Murillo with the murders of 12 workers of Medellin’s technical investigation corps (CTI), as well as the murders of human rights activist Jesus Maria Valle Jaramillo, and comedian and journalist Jaime Garzon.

That the charges levelled against Murillo should come from a Medellin court is particularly significant as the ex paramilitary leader inherited the remains of Pablo Escobar’s Medellin Cartel’s local militia syndicate, the “Oficina de Envigado.” Both these organisations were responsible for the fluctuating security situation in the years following the downfall of the Medellin Cartel.

Don Berna has in total been charged with 432 offenses with a total of 1,500 people being recognised as victims of his crimes.