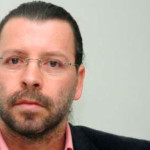 One of Colombia’s most prominent paramilitary leaders was charged Thursday for his alleged involvement in the kidnapping of a politician and other major crimes, reported national media outlets this Friday.

At the time, the kidnapping was allegedly ordered by the leader of the now defunct AUC, Castano Gil, in conjunction with the then deputy director of the also defunct DAS intelligence agency, who accused Cordoba of having connections with the ELN rebel group.

Cordoba was kidnapped in the city of Medellin in May, 1999, but released two weeks after.

Rendon, already serving a 20 year sentence in maximum security prison on a homicide conviction, was also charged with 18 cases of “forced disappearances.”

The former commander of the Elmer Cardenas Bloc of the AUC has been linked to the army/paramilitary operation Genesis, during which more than 4,000 residents in the northwestern state of Choco were forced to leave their land and homes between February and March of 2007.

The Elmer Cardenas paramilitary group was part of paramilitary umbrella organization AUC until the latter demobilized in 2006.