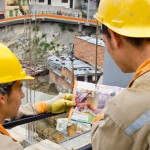 The European Union will give $7 million for Colombian development, the latest contribution to a $286 million mega-project to develop Colombia’s regional cities.

The European money, announced Tuesday, is coming from the Latin American Investment Fund (LAIF) in order to address the disparity between the big centers like Medellin and Bogota, and the rest of the country.

“Colombia has major differences in terms of levels of development from one region to another. One example of this is the fact that the income per capita in Bogota, the capital, is five to six times higher than it is for residents in the departments of Choco and Vaupes,” said LAIF in their annual report.

The ongoing project of which this money is a part, will focus on 11 regional cities across Colombia.  In these place it will fund residential areas for the socially vulnerable, expansion of public transport systems and the promotion of exclusive lanes for pedestrians and bicycles, renovation of historic, security of citizens and strengthening fiscal management.

“Among the first cities to benefit from the program are Bucaramanga, Barranquilla, Pereira, Manizales, Pasto and Monteria,” EU Ambassador in Colombia, Maria Antonia van Gool said on Tuesday, “There are a number of municipalities that need a lot of iconic sustainable development activities but lack financial backing, such as Quibdó, Buenaventura, Mompox, San Gil and Magangue.”

The $286 million agreement was signed between the Colombian government’s Territorial Development Finance (Findeter), the Inter-American Development Bank (IDB), who are putting in $77 million, and the EU, with support from the French Development Agency (AFD).